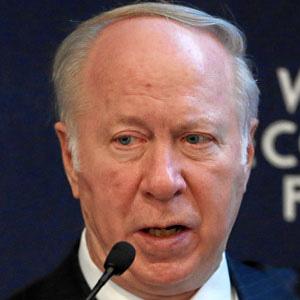 Well-known journalist and television political commentator known for his work with CNN and U.S. News and World Report. He also worked as a political speechwriter and advisor to presidents Nixon, Ford, Reagan, and Clinton.

He graduated from Yale University in 1963 and from Harvard Law School in 1967. He also served a more than three-year tour with the United States Navy.

He was a frequent guest on CNN's Anderson Cooper 360.

David Gergen Is A Member Of