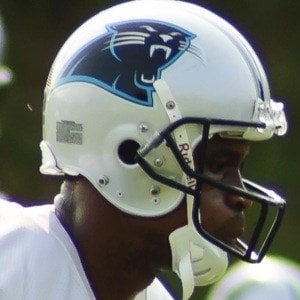 Baylor football and track star was a sixth round draft pick for the Carolina Panthers in 2010. He signed a contract with the Redskins in 2014.

He was a three-time 400 meter state champion at Susan Miller Dorsey High School.

He had a productive rookie season for a sixth round pick with three touchdowns and 508 yards.

His cousin Adam Gettis was a 2012 NFL draft selection.

He was teammates with future Heisman Trophy winner Robert Griffin III during Baylor's 2008 and 2009 seasons.

David Gettis Is A Member Of