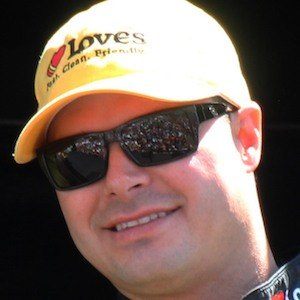 He won his first dirt track race championship at the Perris Auto Speedway at age 13.

He was named the NASCAR West Series Rookie of the Year in 2004.

He and his wife Michelle Gilliland had two children, Todd and Taylor.

David Gilliland Is A Member Of