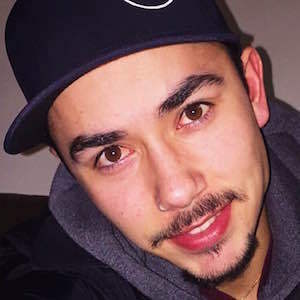 YouTube vlogger best known for his HELLADAVIIID channel where he has gained more than 10,000 subscribers posting vlogs, tags, and skate videos.

After getting involved with drugs and falling out with his mother and brother, he lived out of his car for almost a year. Then, in 2015, he moved to Utah to live with his sister Jennika and revitalize his life. Not long after, he launched his YouTube channel.

He has lived with fellow YouTube star Logan Butler and appeared in videos on his LoganMcKay55 channel.

He has two older brothers, Andrew and Matthew, and two older sisters, Rachael and Jennika.

His sister Jennika, her husband Sam, and their son Noah all star on their Samika vlogs family YouTube channel.

David Guerrero Is A Member Of