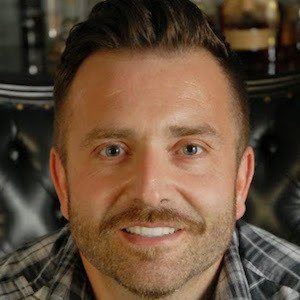 Chef who rocketed to fame in 2015 after winning the second season of the Canadian spin of the popular cooking show MasterChef.

He worked as a concrete contractor before joining the cast of competitors on MasterChef Canada.

Following his success on MasterChef, his dream was to open a family-style restaurant with his winnings.

He and his wife Tanis have two sons named JJ and Nuno.

He was judged by Michael Bonacini, Claudio Aprile, and Alvin Leung in the second season of MasterChef Canada.

David Jorge Is A Member Of