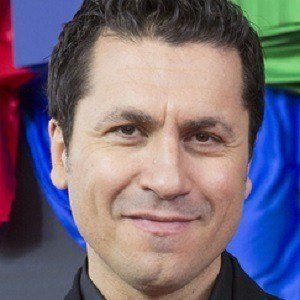 Chef who is best known for his appearance as a judge on the reality TV series MasterChef: Canada. He was an original judge, beginning his tenure on the show in 2014.

He never received formal training for becoming a chef. He stated that, as a child, he informed his mother that he would become one, rather than a desire to attempt to become one.

He married Heather Aprile, and they have two children together.

He has appeared beside fellow judge Alvin Leung on MasterChef: Toronto.

Claudio Aprile Is A Member Of