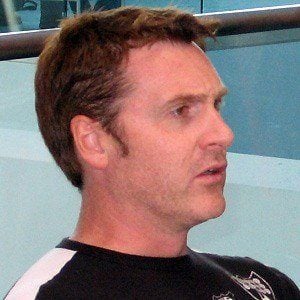 The voice of Optimus Prime who has also brought life to characters on Dragon Ball Z.

He had his first voice acting role in the 1986 anime series Mezon Ikkoku.

He provided his voice in the 2009 Pixar film Up. He had 2012 voice acting roles on Ben 10: Omniverse and Regular Show.

He has had a long-term relationship with Maria Hope.

He shared the big screen with Adam Sandler in the 1996 comedy Happy Gilmore.

David Kaye Is A Member Of

Up
Trolls: The Beat Goes On!
Barbie in Princess Power
Electric City