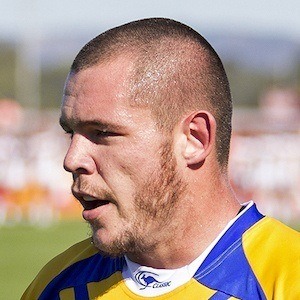 Australian professional rugby league footballer who is best known for his work playing for the Canterbury-Bankstown Bulldogs in the National Rugby League.

He played his junior rugby league for the All Saints Toongabbie Tigers, before being signed by the Parramatta Eels. Then at age 15, he signed with the Canterbury-Bankstown Bulldogs where he would later turn professional.

On April 20, 2013, he was named captain of the New South Wales team in the under 20s State of Origin match, leading the team to a 36-12 victory over Queensland at Penrith Stadium.

As a member of the Canterbury Bulldogs, he can be seen on the same team as Josh Morris and Josh Reynolds.

David Klemmer Is A Member Of