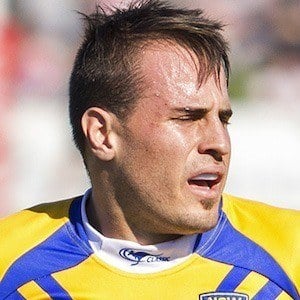 Rugby league player who joined the Wests Tigers in 2017. He began his National Rugby League career with the Canterbury-Bankstown Bulldogs in 2011. He was named to the NSW Cup Team of the Year in 2010 and 2011.

He attended Marist College Kogarah and played for the Illawarra Steelers in the Harold Matthews Cup.

His parents are Nicole and Robert Reynolds. He has a brother named Moses.

He has been coached by Des Hasler as a member of the Canterbury-Bankstown Bulldogs.

Josh Reynolds Is A Member Of