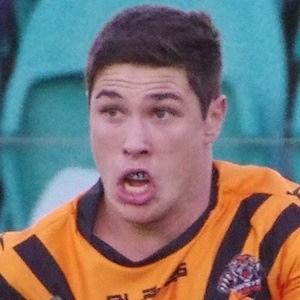 Rugby league footballer who has excelled as a five-eighth and halfback for the Wests Tigers and Parramatta Eels. He was the vice-captain of the Lebanese national squad at the 2017 Rugby League World Cup and was named to the Team of the Tournament.

He played junior rugby for the Cross Rhinos and Carlingford Cougars.

He was named the Wests Tigers Player of the Year in 2016.

He is the nephew of former rugby league player Benny Elias.

He was coached by Brad Fittler at the 2017 Rugby League World Cup.

Mitchell Moses Is A Member Of