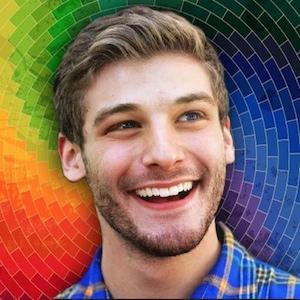 YouTube personality known for his channel David's Vlog where he posts video blogs about all things going on in his life as well as LGBTQ+ topics. He posts reviews about television, music, and movies in addition to rants, Q&A videos, music covers, and YouTube collaborations.

He uses YouTube as a way to create a community of positivity.

He was born in New York, New York. He has a brother.

He created a video called "Believe in Physics" that featured Tim Helbig as part of his David Asks series. He has chatted with many other popular YouTubers on his DavidAsks series such as Arielle Scarcella, Davey Wavey, and Adorian Deck.

David Levitz Is A Member Of