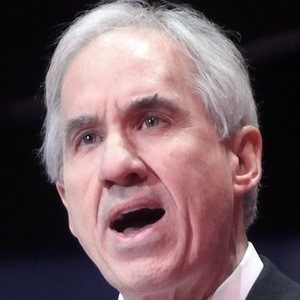 Lawyer and author known for his best-selling books Absolute Power, Persecution, and Bankrupt. He's joined The Limbaugh Firm in 1978 and has specialized in entertainment law during his career.

After a brief stay at Southeast Missouri State University, he finished his undergraduate work at the University of Missouri, where also completed his law degree.

He has five children, Christen, Courtney, Caitlyn, Will, and Scott. He married his wife Lisa in 1986.

He's the younger brother of Rush Limbaugh and has appeared on his radio show.

David Limbaugh Is A Member Of