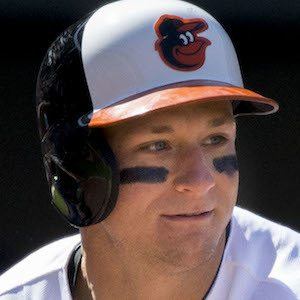 Baseball player who has played for the Kansas City Royals and Baltimore Orioles Major League Baseball teams. He was drafted by the Royals in the 11th round of the 2007 MLB draft.

He made his Major League debut as a member of the Royals' roster on September 1st, 2012. On June 11th, 2013, he hit his first Major League homerun off of Detroit Tigers' starter Max Scherzer. In December 2013, he was traded to the Baltimore Orioles. He served as an all-around utility man during his 2014 and 2015 seasons with the team.

He was born and raised in Akron, Ohio.

He was traded to the Orioles in exchange for pitcher Danny Valencia.

David Lough Is A Member Of