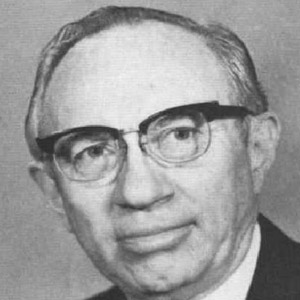 Religious leader who served as the 15th President of The Church of Jesus Christ of Latter-day Saints from March 1995 until his death in January 2008. He was the oldest person to ever serve as the president of the LDS church.

He earned an undergraduate degree from the University of of Utah and became a missionary for the LDS Church.

He was considered by some members of his church to be a prophet and a seer.

He was married to Marjorie Hinckley from 1937-2004, and they had five children.

Gordon B. Hinckley Is A Member Of