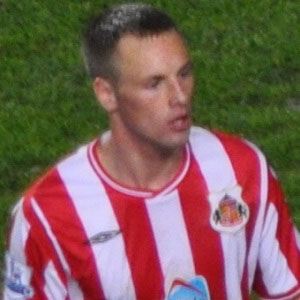 Midfielder who made his professional debut in 2008 with Cork City and joined Ireland's national soccer team in 2012.

He was born in Cork, Ireland.

Winger James McClean was his teammate on Sunderland.

David Meyler Is A Member Of