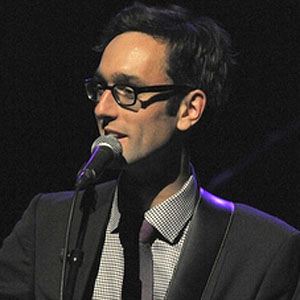 Independent musician who plays folk jazz and soul music starting with his 2005 debut album, Together and Alone. In 2013 he released In the Nighttime. He has won Juno awards, ECMA awards, and several contests.

He played the trumpet in school bands.

He made the biggest rap single in Canadian history with the rapper Classified, "Inner Ninja."

He has a daughter with Nina Corfu.

He won the John Lennon Songwriting Contest in 2006.

David Myles Is A Member Of