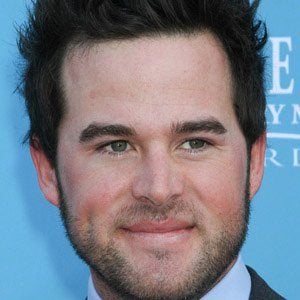 Country singer who was nominated for a Grammy Award for his song "Turning Home." His song "Red Light" charted at #7 on the US Country chart.

He attended Arkansas State University. His first record deal was with Mercury Nashville Records, which he signed in 2002.

He sang a duet with Miranda Lambert and Kenny Chesney.

In 2009 he married his girlfriend Catherine Werne. They welcomed twins, Lawson Brent and Lillian Catherine, in 2015.

He sang a cover of "Someone Like You" by Adele.

David Nail Is A Member Of