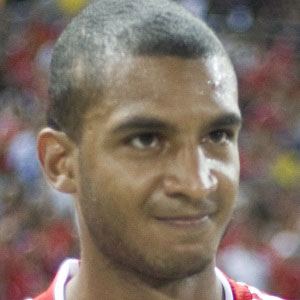 French striker who won the 2008 Coupe de la Ligue Final with Paris Saint-Germain before playing with clubs like Liverpool FC, the Bolton Wanderers and Stade de Raims. He has been capped at every youth level while representing France.

He was born in the commune of Gennevilliers and joined the Paris Saint-Germain youth squad in 2001 before making his professional debut in 2006.

He won the Liverpool Player of the Month Award for August 2010.

His mother is French and his father is Cameroonian. His cousin is former soccer player Jean-Alain Boumsong.

During his short time at Swansea City, he was teammates with winger Nathan Dyer.

David N'Gog Is A Member Of