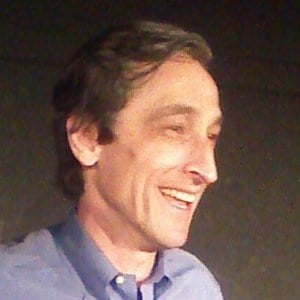 Actor and improv comedian notable for his television work in Veep, The Mob Doctor and Boss. He also appeared in feature films like Groundhog Day and Angels & Demons. In 2018, he began a starring role in the series Lodge 49.

He attended Loyola of Chicago and had a job in real estate. He starred in a short film called Regrets, and co-starred in I Want Someone to Eat Cheese With.

He was born in Chicago, Illinois. He has a brother with whom he took improv classes.

He had a supporting role in the Harold Ramis film Year One.

David Pasquesi Is A Member Of