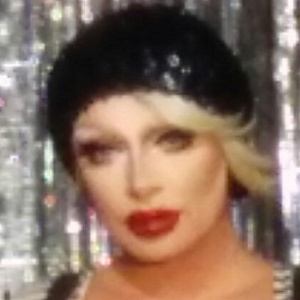 Drag queen known better by his stage name Raven. He rocketed to fame first for starring in the second season of RuPaul's Drag Race and then appeared on its subsequent spinoffs All Stars Drag Race, Drag Race: Untucked, and Drag U.

Before joining the cast of RuPaul's Drag Race, he worked as a cosmetics salesperson and a freelance makeup artist.

He was raised Mormon by his mother.

He was paired with fellow drag queen competitor Jujubee on All Stars Drag Race.

David Petruschin Is A Member Of