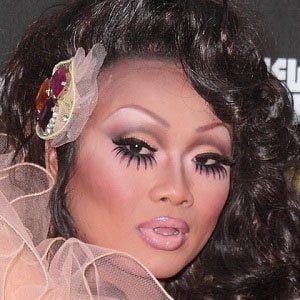 Famous for competing on both RuPaul's Drag Race and RuPaul's All Stars Drag Race, the drag queen known as Jujubee was a runner-up on both reality programs.

He performed in the music videos for the Xelle song "Queen" and the RuPaul single "Jealous of My Boogie."

Born Airline Inthyrath in Boston, Massachusetts to a family of Southeast Asian descent, he attained fluency in both the Thai and Lao languages.

He and Pandora Boxx both appeared on the 2010 Logo TV program RuPaul's Drag U.

Jujubee Is A Member Of