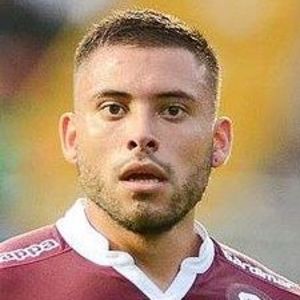 Attacking midfielder who made his senior career debut in 2001 for Sportivo Italiano; joined Velez Sarsfield in 2011.

He had a successful Argentinian youth career before making his senior debut at age 20.

He joined Velez Sarsfield in 2011, helping the team win the Clausura tournament in his first year.

He was born in Ramallo, Buenos Aires. His full name is Arturo David Ramírez Torres.

He and striker Javier Saviola both grew up in Buenos Aires, Argentina.

David Ramírez Is A Member Of