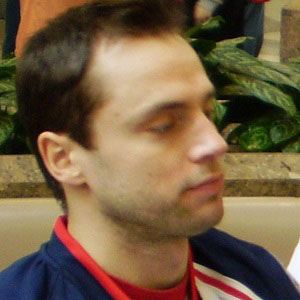 NHL right winger who played for the Columbus Blue Jackets from 2000 to 2008, scoring 113 goals and tallying 204 assists in 543 games. During his time in Columbus, he set franchise records for games played, best career plus/minus and most consecutive games played with 161.

He began his professional career in the Czech Republic, playing for HC Sparta Praha.

He was selected 33rd overall in the 1993 NHL Draft by the Edmonton Oilers, but never played a game with the Oilers before signing with Columbus in 2000.

He was born in Jihlava, Czech Republic.

He and fellow winger Rick Nash became franchise leaders in multiple departments during their time with the Blue Jackets.

David Vyborny Is A Member Of