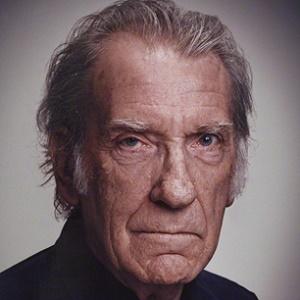 English actor well known for his appearances throughout the Star Trek franchise. He won a Primetime Emmy Award in 1981 for his role in Masada. He has also had roles in the films The Omen and Tron.

He began performing with the Royal Court Theatre in 1962.

He had supporting roles in the classic 1997 film Titanic.

He was married to Harriet Lindgreen from 1969 to 1972. He divorced his second wife, Sheilah Kent, in 2005 after 26 years of marriage. He had two children, Melissa and Luke.

He acted alongside Mark Wahlberg in the 2001 film Planet of the Apes.