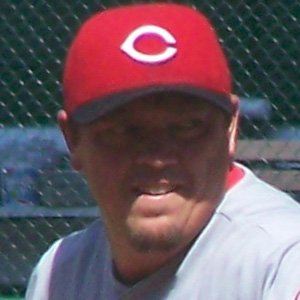 Former big league relief pitcher who pitched for 19 season in the majors with multiple teams including the Astros, Marlins, and Brewers.

He pitched at Motlow State Community College in Tennessee, and he was a third round draft pick of the Toronto Blue Jays in 1988.

He was teammates with Rookie-of-the-Year Derek Jeter when the Yankees won the 1996 World Series.

David Weathers Is A Member Of