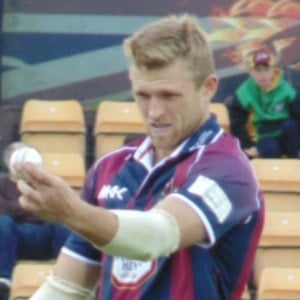 Left-handed batsman and bowler who has competed domestically for such teams as Northamptonshire and Chennai Super Kings. He has represented England in Twenty20 and One Day Internationals.

He was raised in Northamptonshire, England and began playing for his hometown club in 2009.

In 2018, he helped England take 481 for 6 against Australia, which was the highest score in the history of ODI cricket.

He married singer Carolynne Poole in 2016. He is the son of former cricketer Peter Willey.

He has been teammates with Mahendra Singh Dhoni on the Chennai Super Kings.

David Willey Is A Member Of