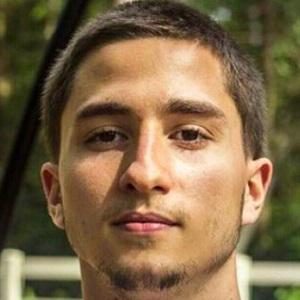 Filmmaker and producer who has created over 100 comedy skits and multiple short films with the independent sketch comedy group RoadToHollywoodTV. The group's YouTube channel has accumulated more than 120,000 subscribers and 20 million views.

He played basketball from middle school through high school. During that time, he would film short, funny videos in his backyard with group members Dave Clarke, Greg Brown, and Julius Mendez.

After graduating high school in 2010, he started YouTube that same year.

He was born and raised in Ft. Lauderdale, Florida. He has two brothers and two sisters.

He has collaborated with many prominent YouTubers, including Tpindell, King Bach, DashieXP and Timothy DeLaGhetto.

David Winkler Is A Member Of