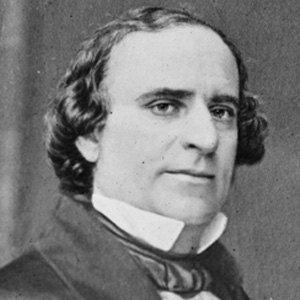 American politician and member of the Democratic party who represented Florida in the Senate from 1845 to 1851. He was notably the first Jewish member of the U.S. Senate.

He moved from the Virgin Islands to Florida when he was a child.

After Civil War was declared he withdrew from the Senate and became a member of the Confederate Congress.

His senatorship led the way for other Jewish Senators including Carl Levin.

David Levy Yulee Is A Member Of