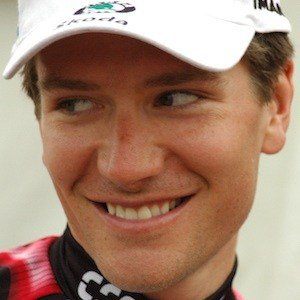 Retired professional cyclist who, over the course of his 13 year riding career, became the first American to win a stage of all three Grand Tours, although later admissions of drug use resulted in the disqualification of his results and loss of his yellow jersey.

He made his professional cycling debut in 1999, only two years after he graduated high school. He won the U23 US National Time Trial Championships and Grand Prix des Nations.

He became as much known for his personality as his racing, as evidenced by his line of chamosis cream (used to prevent chafing) called DZNUTS. He also founded a non-profit called Yield to Life dedicated to cyclist safety.

He and Thor Hushovd competed together at the 2011 Tour of California.

David Zabriskie Is A Member Of