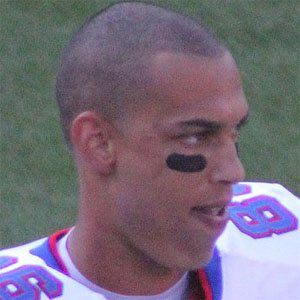 Undrafted University of Florida receiver who signed with the New York Jets in 2013 after playing three seasons as a Buffalo Bill. He caught 10 touchdown passes in his first four seasons.

He was two-time BCS National Champion during his career at the University of Florida.

He had his first season with over 60 receptions in 2011. He also scored five touchdowns that year.

He scored his first career touchdowns from Ryan Fitzpatrick passes in 2010.

David Nelson Is A Member Of