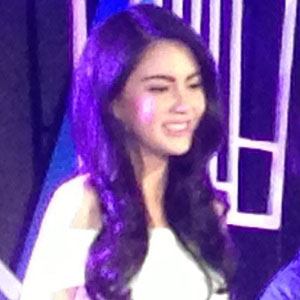 Thai-born screen actress and model. She starred in such films as Pee Mak and Bpidtu Poom Prom Dan Haeng Ruk and appeared in such television shows as Maya Rasamee and Neur Manoot.

After graduating from Rangsit University, she made her television debut in a channel 7 drama called Ngao Kammathep.

Between 2011 and 2013, she won numerous honors, including a Mekhala Television Award, a 100 Most Spicy Idols Award, and a Siam Dara Star Award.

She was born in Bangkok, Thailand to a family of Belgian and Thai heritage.

She starred opposite Mario Maurer in the 2013 film Pee Mak.

Davika Hoorne Is A Member Of