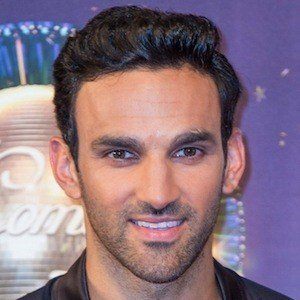 Famous for his portrayal of Kush Kazemi on the popular English soap opera EastEnders; he is also notable for his recurring roles on Casualty, Doctors, and Taggart. In 2017 he competed on Strictly Come Dancing.

He made his television debut in a 2005 episode of The Bill.

A stage performer as well as a screen actor, he was part of the cast of the Royal National Theatre's production of composer Jason Robert Brown's musical 13.

He spent his youth in Harlow, Essex, England. He married his wife Isobel in 2010; they have two daughters named Eva and Grace.

He appears with Welsh screen actor Tom Cullen in the 2014 film Desert Dancer.

Davood Ghadami Is A Member Of