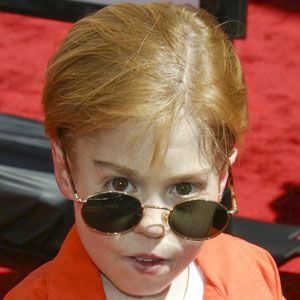 Remembered for his role as Timmy on the popular NBC soap opera Passions, he suffered from a medical condition known as achlasia that caused him, well past his early years, to continue to have the height and appearance of a young child. He won YoungStar and Soap Opera Digest Awards and was nominated for Young Artist and Daytime Emmy Awards.

Before debuting on Passions at the age of seventeen, he appeared on several episodes of Family Matters and Ally McBeal.

The episode in which his Passions character died was dedicated to his memory and was aired on the day of his actual death.

A native of Hayward, California, he died in San Diego at the age of twenty as the result of a heart condition.

At the age of seventeen, he made his big screen debut in the role of a toddler in the Kathleen Turner, Christopher Lloyd, and Kim Cattrall feature Baby Geniuses.

Josh Ryan Evans Is A Member Of