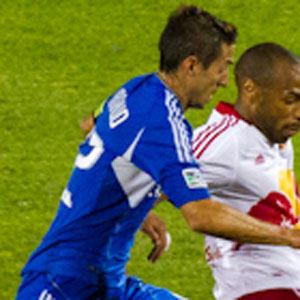 American midfielder who played for the MLS's Sporting Kansas City from 2002 to 2011, then spent a year with the Montreal Impact before joining DC United in 2014.

He had a daughter, Peyton, with his wife Stephanie.

He played alongside Landon Donovan on the United States national team.

Davy Arnaud Is A Member Of