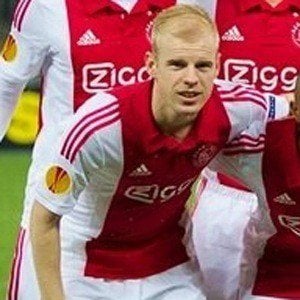 Dutch attacking midfielder who is widely known for both his club and national team careers. He has captained the Dutch club Ajax, and earned caps for the Dutch national senior team since 2014.

He began his youth soccer career in 1999 upon joining the youth academy of HVV de Zebra's. He began his time in Ajax's youth program in 2004.

In 2016, he was named Dutch Footballer of the Year. He earned captainship prior to the 2015-2016 season for Ajax when he replaced the outgoing Niklas Moisander.

He was born and raised in Hilversum, Netherlands.

He began the 2016-2017 club season for Ajax as captain, with his vice-captain being Joel Veltman.

Davy Klaassen Is A Member Of