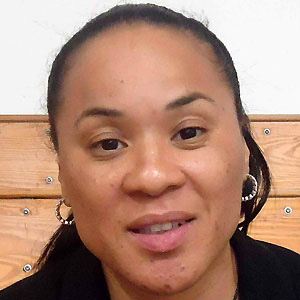 Guard who was a 6-time WNBA All-Star and 3-time Olympic gold medalist with Team USA.

She was a student at University of Virginia and was named the female athlete of the year in 1991 to 1992.

She played for the Charlotte Sting and Houston Comets during her 7-year WNBA career.

She was born to Clarence and Estelle Staley.

She was in one of the episodes of the TV show Martin alongside Rebecca Lobo.

Dawn Michelle Staley Is A Member Of