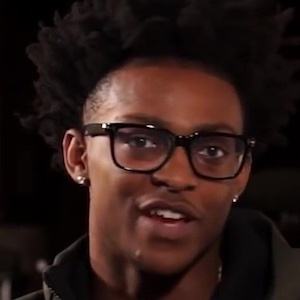 Point guard who played one year of college basketball at Kentucky before declaring for the NBA. He was selected 5th overall in the 2017 NBA Draft by the Sacramento Kings.

In his senior season of high school, he averaged 31.3 points and 7.2 rebounds per game.

In 2016, he took part in the McDonald's All-American, Jordan Brand Classic, and Nike Hoop Summit games. He was named Texas Mr. Basketball that same year.

He and his brother Quentin are the sons of Aaron Fox and Lorraine Harris-Fox.

He and Malik Monk were the two leading scorers of the 2016-2017 Kentucky Wildcats basketball team.

De'Aaron Fox Is A Member Of