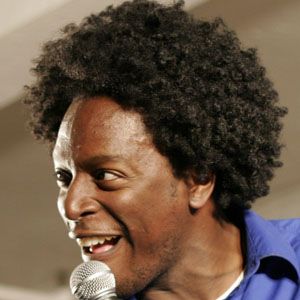 Known for his Saturday Night Live impressions of Wayne Brady, Michael Jackson, and other celebrities, this popular comedian also had a career as a voice actor, contributing to both Robotomy and Celebrity Deathmatch.

Early in his acting career, he appeared in episodes of Melrose Place and The Sopranos.

He was born and raised in New York. Before becoming a full-time comedian, he attended college and served for six years in the United States Army Reserves.

After Eddie Murphy was unable to reprise his voice acting role as the donkey in Shrek, Edwards took over the role, impersonating Murphy's voice in the 2010 Halloween special Scared Shrekless.

Dean Edwards Is A Member Of