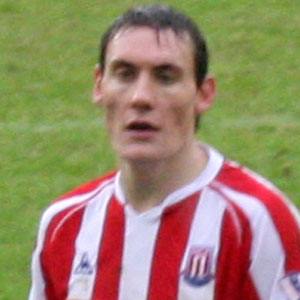 Center midfielder and right back who joined Middlesbrough in 2013 after spending four years with Stoke City.

He debuted professionally for Oxford United in 1999.

He was born in Abingdon, England.

He and midfielder Matthew Etherington were teammates on Stoke City.

Dean Whitehead Is A Member Of