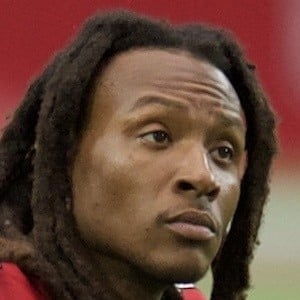 Wide receiver who was selected 27th overall by the Houston Texans in the 2013 NFL Draft. He made his first Pro Bowl in 2015.  He was traded to the Arizona Cardinals in 2022.

As a true freshman at Clemson University, he led the Tigers in receptions.

He was born in the town of Central, South Carolina. His uncle Terry played football for Clemson in the early 1990s.

He and Sammy Watkins were teammates at Clemson.

DeAndre Hopkins Is A Member Of