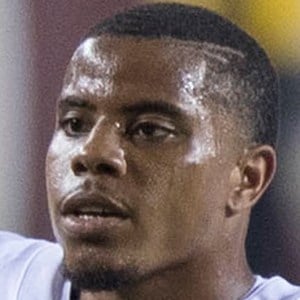 Running back who was taken in the fifth round of the 2016 NFL Draft by the Oakland Raiders. He was signed by the squad, and later served as their third-string running back in 2016 and 2017.

He played college football for the Texas Tech Red Raiders. He finished on the all-Big 12 first team at the end of his 2015 senior year.

He finished his junior season at Texas Tech on the second-team all-Big 12. He was also the Big 12's rushing leader at the conclusion of the 2015 season.

His parents' names are Tiffany and Dwayne.

He played behind Oakland Raiders' running back Marshawn Lynch during the 2017 season.

DeAndre Washington Is A Member Of