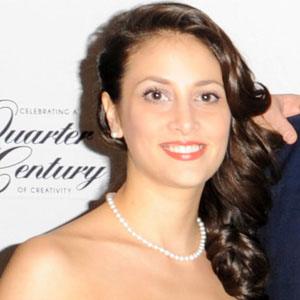 Canadian TV actress who had recurring roles on Hooking Up, Degrassi: The Next Generation, and Degrassi: Minis.

She began her professional acting career in her mid-teens, appearing in nine episodes of the 2000 television series My Best Friend is an Alien.

She played the role of Georgia in the 2007 TV movie Devil's Diary.

She was born in Mississauga, Ontario, Canada to a family of Italian heritage.

She and Stacey Farber both became known for their roles on the popular Canadian television series Degrassi: The Next Generation.

Deanna Casaluce Is A Member Of