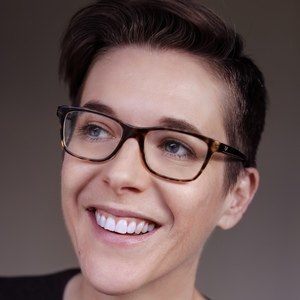 Award-winning standup comedian known for several successful solo shows including Shouting Over Drunks, About Freakin' Time, and Let's Do This. In addition to performing internationally, she has had notable appearances on Good News Week and HBO's Funny as Hell.

Her journey into comedy first began to gain traction in 2005 when she began performing on Comedy OFF the Main.

In June of 2013, she launched the podcast Questionable at Best on SoundCloud and iTunes.

Though originally from New York, she lived much of her life in Canada.

In 2013, she made a guest appearance on the talk show The Late Late Show with Craig Ferguson.

DeAnne Smith Is A Member Of