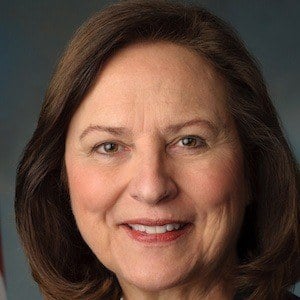 Republican politician who became a U.S. Senator from Nebraska in 2013 after serving two terms in the Nebraska Legislature.

She left school without completing her degree to move in with her husband and help operate his family's ranch. In 1988, however, she returned to the university and completed her B.S. degree in education.

She has three children with her husband Bruce, who she married in 1972.

She defeated former United States Senator Bob Kerrey in the 2012 election to assume one of Nebraska's two Senate seats.

Deb Fischer Is A Member Of