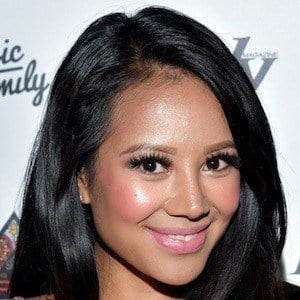 Cover model for Import Tuner, Super Street, Performance Auto and Sound and Live to Ride magazines who has also been featured in editorials for Zoo, Ralph and several other publications. Complex magazine ranked her as among the 25 Hottest Import Models on Instagram in 2013.

Her modeling career got started in 2009. She earned years of experience as a hip hop dancer and performed in national and international competitions. She was part of a troupe that won Best Dance Crew in Melbourne 2013.

She has been a ring girl for mixed martial arts and boxing events. She was featured in reality shows called B-Listers and Taken Out.

She is of Cambodian and El Salvadorian descent. Her parents did not know she was a model.

She appeared on the Nick Swardson happy hour on Comedy Channel U.S.A.

Debbie Sath Is A Member Of