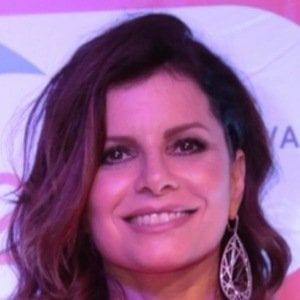 Actress who has had starring roles on many popular Brazilian television shows, including Walking the Clouds, Once in a Blue Moon and Brazil Avenue. She has starred in such films as O Grande Mentecapto (1989) and Adrift (2009).

She began her career in the early 80s by appearing on the series Água Viva.

She was nominated for five Prêmio Qualidade awards from 2005 to 2011, winning one for her performance on the series Separação?!

She is the daughter of actor Jonas Bloch. She was previously married to chef Olivier Anquier and cinematographer Edgar Moura. She has children named Júlia and Hugo.

She appeared with Patricia Pillar on the mystery series Onde Nascem os Fortes.

Débora Bloch Is A Member Of