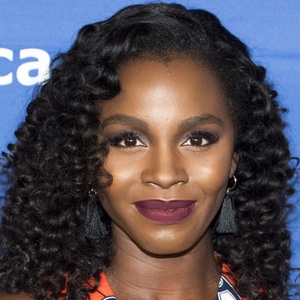 Television and movie actress most notably known for her role as Candace in Netflix's 2016 original series Luke Cage. Her first appearance on television came on the show Meet the Browns.

She began acting when she was seven years old after she was cast in a play at a drama school. She spent her early youth training and participating in talent shows as well as performing in dancing teams and choirs.

She graduated from Howard University where she studied film production. She appeared in 10 episodes of the TV series Them.

She grew up alongside her sisters. Her parents were born in Nigeria.

She appeared in an episode of Sleepy Hollow which stars Tom Mison and Nicole Beharie.

Deborah Ayorinde Is A Member Of