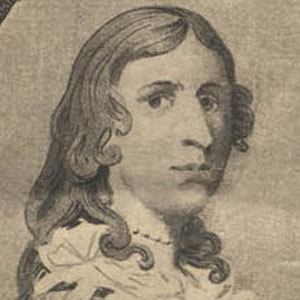 Revolutionary War heroine who dressed as a man and successfully served in the Continental Army for more than 17 months.

Her first attempt at joining the army in the guise of a man failed when she was discovered to be holding her quill pen like a woman.

She suffered two leg wounds in 1782, however, fearing discovery, she refused treatment and removed one of the musket balls with a pocket knife.

Her grandmother, Priscilla Mullins Alden, sailed to America on the Mayflower. She was married to Benjamin Gannett and together they had four children.

She appealed to Governor John Hancock and finally received payment for her army service.

Deborah Sampson Is A Member Of