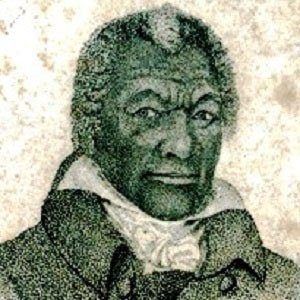 Famous as a Revolutionary War-era spy for the Continental Army, this African-American man kept the Marquis de Lafayette informed about the activities of American traitor Benedict Arnold and British commander Lord Cornwallis.

In the early 1780s, while still a slave, he secured the permission of his master and joined the Continental Army.

Upon securing his freedom from slavery in 1787, he changed his surname to Lafayette to honor the Marquis de Lafayette.

Born in Virginia, he spent his early years under the ownership of future House of Delegates member William Armistead.

He and Nathan Hale were both Revolutionary War-era spies.

James Armistead Lafayette Is A Member Of