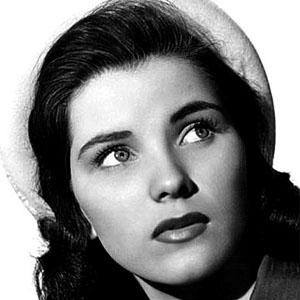 Leading lady in the 1950s who starred in The Ten Commandments, The Tomb of Love, and Broken Arrow. She also played a lead role in Elvis Presley's big screen debut, the 1956 feature Love Me Tender.

She earned her first stage experience in a 1946 production of Shakespeare's The Merry Wives of Windsor when she was 13 years old. Her feature film debut came in the 1948 crime drama Cry of the City.

She had her last film role in the 1962 horror thriller The Haunted Palace.

She co-starred with Charlton Heston in the 1956 classic The Ten Commandments.

Debra Paget Is A Member Of